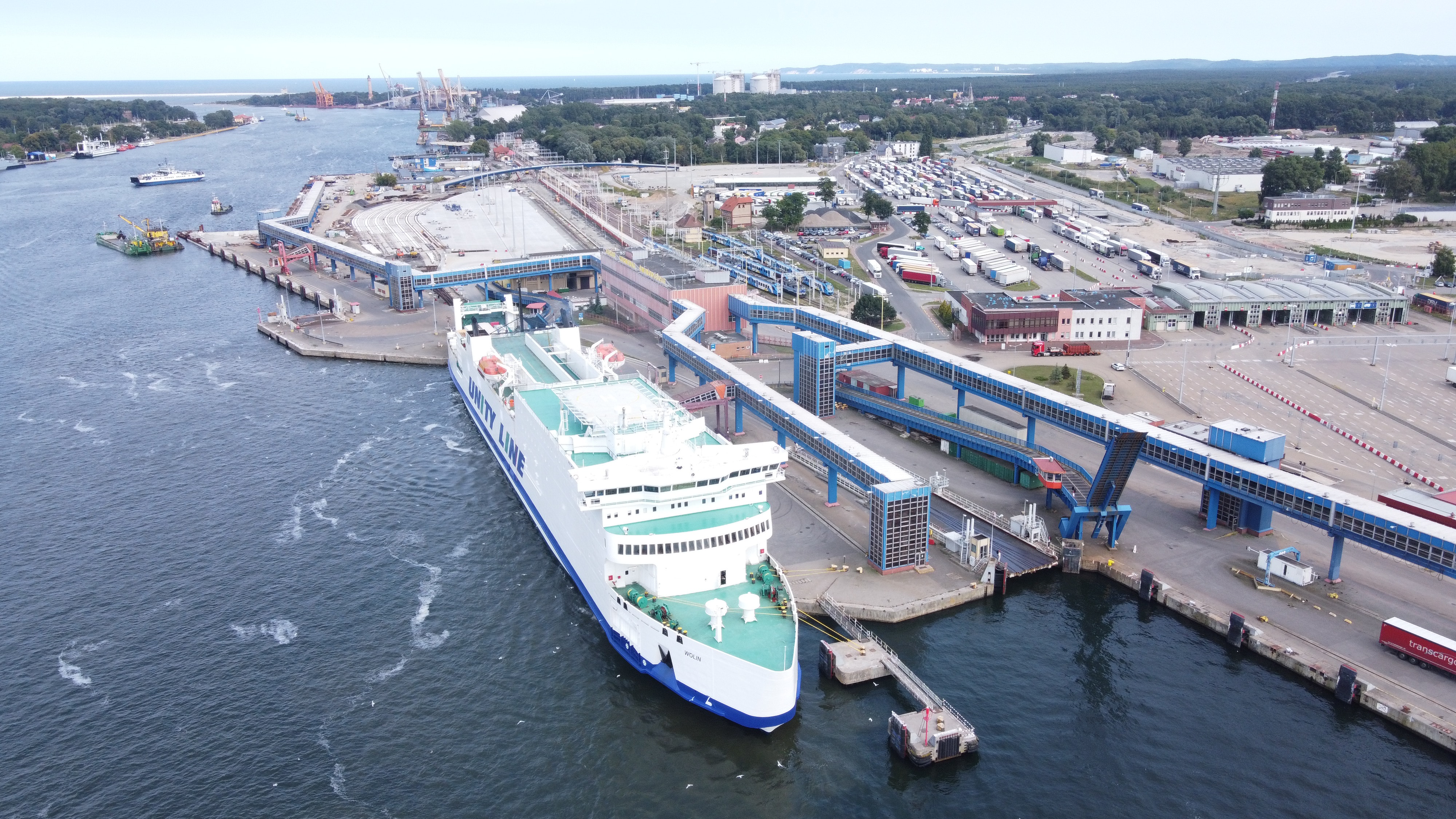 The Ferry Terminal in Swinoujscie is greatest in Poland and one of the most modern on the Baltic Sea. It plays a leading role in the service of sea ferry connections from Poland to Scandinavia, both regarding the amount of ferry port calls, as well as the amount of traffic of passengers and goods served. It is an integral part of the transportation corridor connecting Scandinavia with countries of southern Europe.

The terminal is adapted to transshipments in the ro-ro system: passenger cars and trucks, semitrailers and railway cars and service for passenger traffic.

Thanks to the suitable railway layout, maneuvering and storage area and supply warehouse, the terminal is used for transshipment of intermodal transportation units. It is the only ferry terminal in Poland serving railway transports of loads to and from Sweden.

The Swinoujscie Ferry Terminal has considerable transshipping potential, and it has the possibility to take over new ferry lines even from outside of the Schengen Area.

We are the service leader

They are in both ports